Our specially grown Koshihikari rice “Kouno Tori Natural Rice” received GLOBALG.A.P. certification in January 2018. We have been cultivating it together with the members of our cooperative using farming methods free from pesticides and chemical fertilizers, which nurture an environment where storks can also live. Among the 652 Japan Agricultural Cooperatives (JA) nationwide, this is the first time a group has received the certification for organic rice as a staple food. 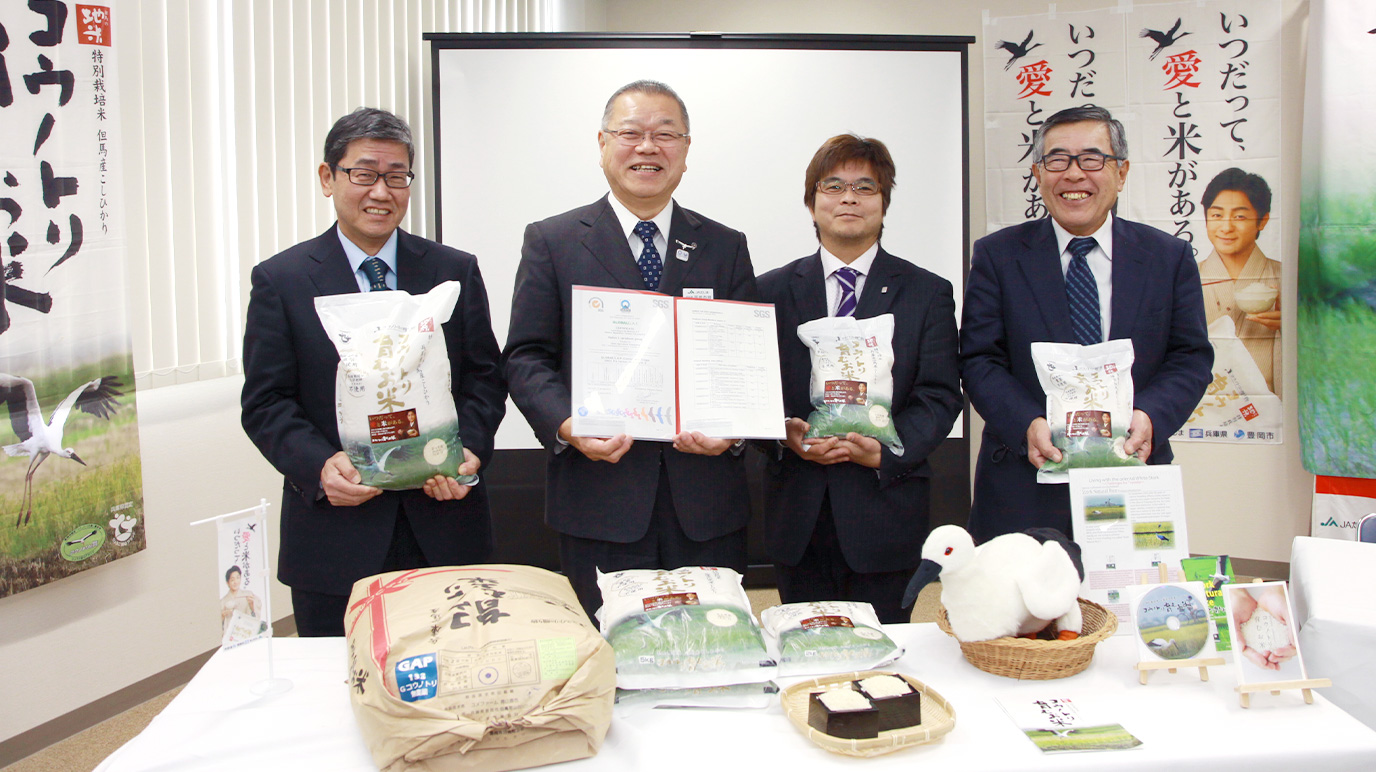 GLOBALG.A.P. is an international standard for good agricultural practices that originated in Europe. It certifies sustainable production activity conducted with concern for food safety, work safety, and preservation of the environment. It has been used as a procurement criterion for food ingredients since the 2012 London Olympic Games.

Toward receiving the certification, we first set up the JA Tajima GLOBALG.A.P. Promotion Team comprising members from the Farming Section, the Rice Section, and the Support Section of the Farming Production Department. This Promotion Team together with four producers growing organic Kouno Tori Natural Rice have set up the JA Tajima Kouno Tori Natural Rice Council for Promoting GAP Certification (tentative name). Work toward certification will be led mainly by this Council, with help from other organizations including the Japan Farmers GAP Association, the Japan Agricultural Cooperatives (JA) group, and administrative bodies.

On June 16, 2017, a kick-off meeting toward acquiring GLOBALG.A.P. certification was held at our headquarters. It was attended by about 30 people including producers, Managing Director Ryuichi Tagami of the Japan Farmers GAP Association, administrative staff, the Central Union of JA Hyogo, the JA Zen-Noh Hyogo Prefectural HQ, and JA executives and staff. 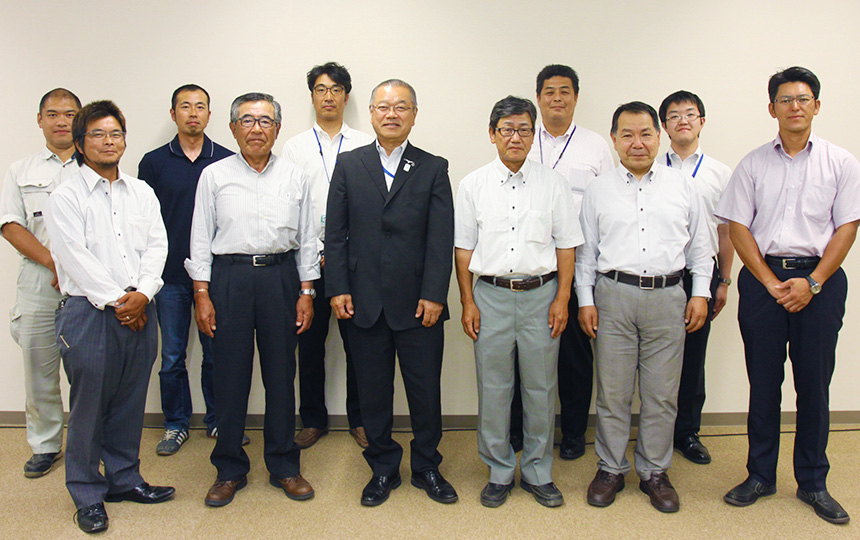 The export of G-GAP-certified Kouno Tori Natural Rice to Singapore has begun via Wakka Singapore Pte., Ltd., an overseas sales company of the brand operator Wakka Japan Co., Ltd. This will be the first sale of G-GAP-certified rice anywhere in the world. In Singapore, we are thinking of marketing this product as a healthy organic brand of Japanese unpolished rice with low glycemic index (GI) for the slow absorption of sugar into the bloodstream. 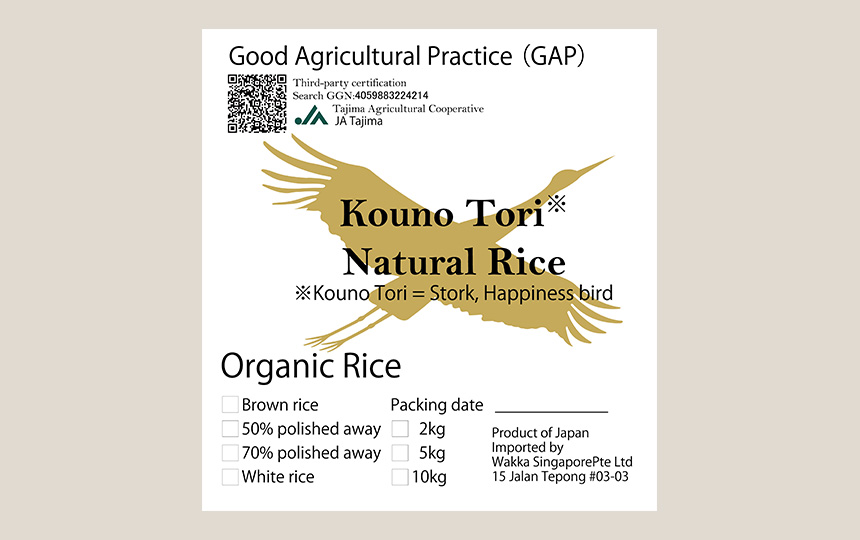 ※In Singapore, the rice will be sold with a label specially designed for the local market.